How an Unconventional Path Prepared this Grad for Residency Success

Natacha Pierre’s journey to become a physician has taken her around the world—from Europe to Africa, Asia to the Caribbean. It hasn’t been an easy journey by any means. But now, as a pediatrics resident who’s presented at symposiums, earned grants for her work in global health, and uses her diverse experience every day at the hospital, Dr. Pierre says it was worth every minute.

“I could never have predicted all of these divergences in my path,” said Dr. Pierre, a PGY-3 resident at Maimonides Infants and Children’s Hospital in Brooklyn, NY. “But the fact that I was willing to leave my home and travel across the world to pursue my dream, led me to opportunities that I never could have anticipated.”

Fighting for Her Dreams

Even before she started at AUC, Dr. Pierre had lived in four countries and twice as many cities. She spent her early childhood in Port-au-Prince, Haiti, followed by stints in Boston, Atlanta, Orlando, and Huntsville, Al., where she studied pre-med biology at Oakwood University. Dr. Pierre had always loved working with kids and learning about science, and she wanted to prepare for her future medical career at a small, community-oriented school like Oakwood.

Despite a few setbacks, she kept herself on track for her goals: earning honors in undergrad, subsequently completing a master’s program at Barry University in Miami, and earning admission at a different Caribbean medical school. But not long after Dr. Pierre had started the medical program, the school changed their financial aid policy, making it impossible for her to continue there. She was left with little choice but to withdraw.

“It came as a huge blow to me,” Dr. Pierre remembers. “I had a lot of fear and anguish. I’d already had several obstacles in college, circumstances out of my control, and then this. I kept seeing my dreams falling through my fingers. So I took the opportunity to do something completely different.”

That something was traveling to South Korea and teaching English for two years. The experience was like a breath of fresh air: When Dr. Pierre returned, she felt ready to try medical school again. This time, she chose AUC, which had originally been one of her top contenders, and came with a solid recommendation from a friend of hers who’d attended.

“My friend told me that AUC had everything that I’d chosen my undergrad college for—smaller class sizes, a more intimate environment, and a supportive atmosphere overall,” said Dr. Pierre.
She knew she’d made the right choice after her first exam.

“There was this tradition where the upper semesters would cheer for the first semesters after their first block exam,” Dr. Pierre said. “After we came out from our exam, everyone was in the atrium outside the classroom, clapping and cheering and offering us food, like a big welcoming party. That’s when I really felt like I was part of this extended family.”

A Physician of the World

While at AUC, Dr. Pierre took advantage of several opportunities to do global health work and discovered she had a true passion for it. She went to Peru with several other students and professors after her second semester. Then, she spent her third year doing clinical rotations in the UK, followed by five weeks in Tanzania.

“For me, it was a no-brainer to do my rotations in the UK,” Dr. Pierre said. “I was very fortunate to spend the year at a hospital in London. I did lots of hands-on training, I worked with great doctors, and I got to see more of the world.”

Even while on the St. Maarten campus, Dr. Pierre and her classmates stayed engaged with the international community, especially during times of need.

The devastating Haiti earthquake struck in January 2010, just two weeks after Dr. Pierre had started her first semester. As a native of Haiti, the news hit Dr. Pierre hard. Having just begun medical school, she felt helpless knowing that she couldn’t join relief efforts in her country. But seeing her classmates come together to raise money for Haiti gave Dr. Pierre comfort that she could still do something.

“Even though I wasn’t able to be there in person, I was humbled to be part of the community that made a difference in providing some funds,” Dr. Pierre said. “AUC was extremely supportive, and the funds went directly to the organization that we knew could help. It felt amazing being at a school that didn’t just talk the talk about serving your community, but also walked the walk. And AUC has proven itself time and time again.”

This past year—seven years after the earthquake—Dr. Pierre came full circle and had the opportunity to travel to Haiti. She received a grant from her union to lead a mobile clinic in the Haitian countryside, and teach a group of medical students from the University of Miami.

“It was wonderful to be able to give back to my home country,” Dr. Pierre said. “And I got the chance to see how much of a difference donations can make. I was really impressed with the project.”

Bringing It to Work

As a pediatric resident at Maimonides, Dr. Pierre’s global health experience serves her well.
“I always wanted to train in a diverse area because I wanted the maximum amount of exposure and to learn as much as possible,” Dr. Pierre said. “It amazes me how important it is to consider language and culture when we consider different pathologies or doctors’ individual styles of communication. We use the translation service at least 50 percent of the time in a given day. It’s really a hub for diversity.”
Looking back at her journey through medical school, Dr. Pierre is grateful for the opportunities she’s had. While it wasn’t the straightforward path she wanted initially, she says it’s what was best for her.

“Of course, there were times I was up to my neck in challenges—there were lots of uncertainties, lots of times when I wondered, will I ever reach my goals? It seems like life just keeps throwing curveballs at me, nothing is going the way it should. But at the end of the day, time goes by and you make progress,” she said. “My path may have taken me a little longer, but it allowed me to seek out things that I thought I never could have faced in the future, and trained me to face the inevitables in my life. None of my patients are straightforward, they’re very complex people.”

She empathizes with current students who were affected by Hurricane Irma.

“As long as you put one foot forward, you’ll eventually reach your goals. Nothing is better than coming out the other side, knowing everything you had to go through to get there,” Dr. Pierre said. “For sure, I’m 100% grateful for the opportunity that AUC gave me, but I’m even more thankful for the characteristics it built in me.”

As coronavirus is not only affecting public health, it has caused an incredible amount of uncertainty in the global markets and with business continuity. 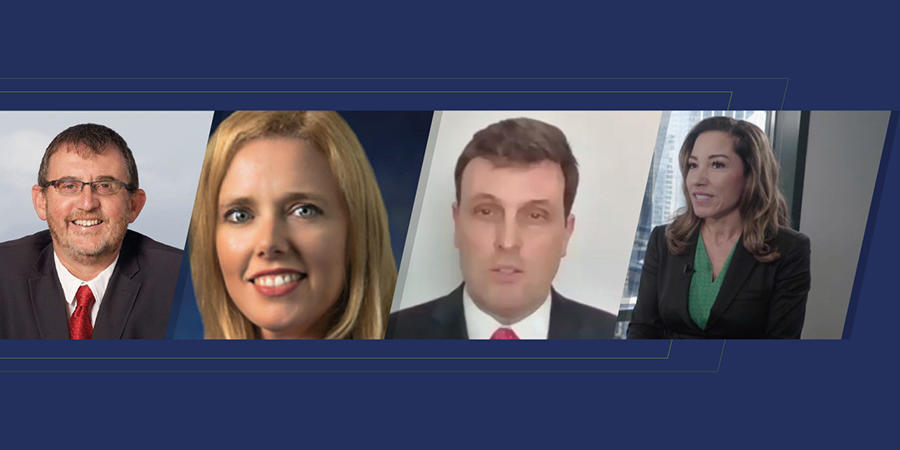 Understanding One Health vs. Public Health and the Connection to COVID-19

COVID-19 is a major public health concern, affecting people and communities around the globe. It is perhaps the greatest public health issue of our time, and with it comes a universal need to address this evolving crisis.